DICE Brings A Long Lost Game Back To Life

DICE Brings A Long Lost Game Back To Life 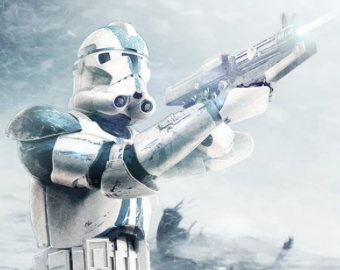 According to the website, “what most fans think of here is Lira Wessex’s prize creation, the Executor, Darth Vader’s personal starship. Although this ship would eventually meet its doom in the Battle of Endor, while it was active, it was the premier flagship of the Imperial Navy. Armed to the gills with cannons and tractor beam projectors, and able to carry as much as 144 TIE series Starfighters, the executor is a suitable battleground for many a Battlefront fracas.”

“And what about the Death Star? There really is nothing to be said here that’s new. The scene of the Death Star’s destruction has been recreated in practically every Star Wars video game made, including the original arcade game in 1983 by Atari. A Star Wars game that goes through the original storyline would feel incomplete if it did not have this in it.”

Karl Magnus Troedsson has commented on collaborating with Lucasfilm for the upcoming multiplatform video game. Troedsson said that he is excited about the collaboration, adding that the experience has been a very productive one for both his team, DICE, and Lucasfilm, “The teams are working together. I won’t go into specifics, but what I can say is that it’s been extremely positive. We don’t feel limited in any way. We feel completely enabled within this framework.”
Star Wars Battlefront 3 may be released late 2015 or early 2016 as speculated.